How the Ratings can be used!

A Top Rated winner. What a winner!

Yesterday on ITV Racing, Luke Harvey said ‘if you found that you must be a genius’ when talking about 40/1 winner Jepeck winning at Wincanton.

I guess that means members of RatingTheRaces are geniuses!

Why our members keep their winners private

If you share a system or service with too many people suddenly your angle/edge is reduced until there are so many people following that it’s lost. It’s the same with tipsters and pundits etc. Look at Hugh Taylor for example, his selections are so well backed that they go off a much shorter price than what he puts them up at. This is the same as what would happen if we had too many members on RatingTheRaces which is why there is a limit and why we don’t encourage members to post up their winning bets.

That said, on a very rare occasion, we will post one or two and today is that day.

Why you shouldn’t listen to ITV Racing

You shouldn’t listen to any ITV Analysis to be honest. They are often saying things that are a load of rubbish. They go on ‘feelings’ but we at RatingTheRaces use facts and data. Luke Harvey suggested Jonbon can beat Constitution Hill at Cheltenham in the Supreme Novices Hurdle on good going…..the last time the Supreme was run on good going was 2012. That wasn’t the worst statement however, Ed Chamberlin said to Mick Fitzgerald ‘AP McCoy always says Henderson horses are urgggghhh on Heavy going’. What a ridiculous statement. Let’s use the data to see why! 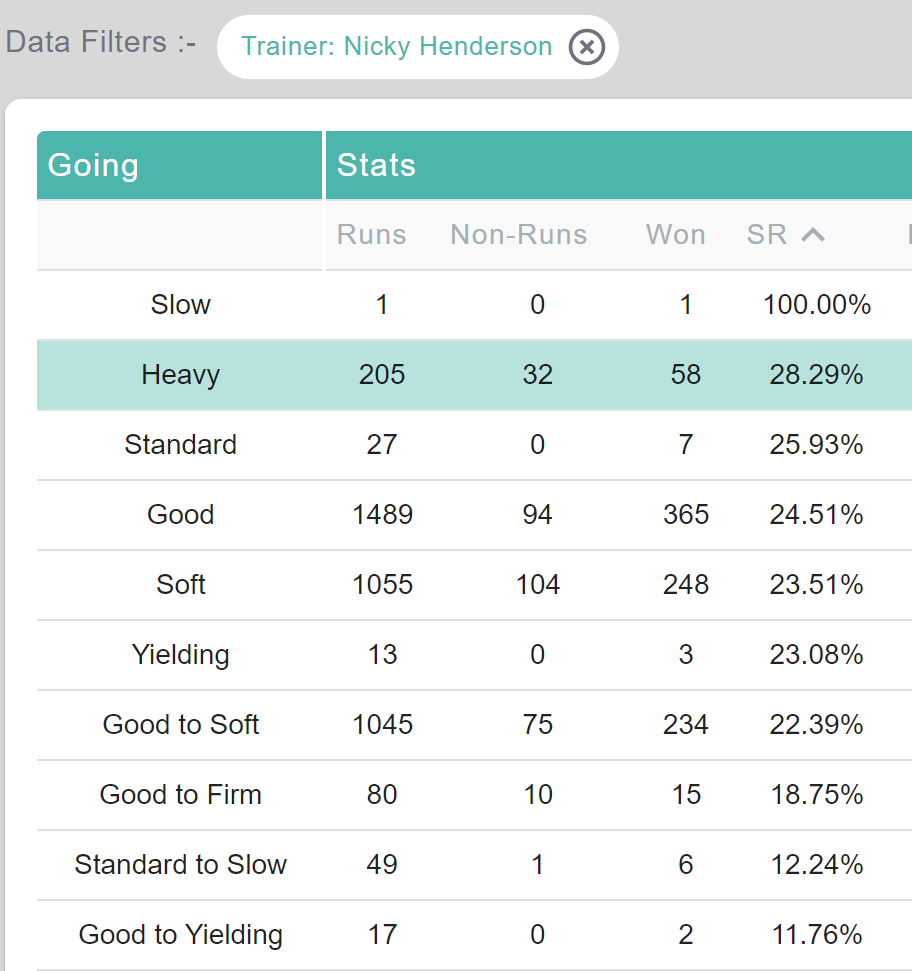 We really don’t think misleading information should be allowed to be communicated on ITV Racing. How do we know this wasn’t to try and get people to back others in the race against Constitution Hill to help the bookmakers (many of the pundits write columns for 1+ bookmaker).

It’s time for you to educate yourself and get the facts and data from RatingTheRaces and not listen to those who are guessing. Sign up for a Premium account today!

4 from the handicap mark changes including one horse who went up 1lb!

Who ran really poorly at Sandown that you should not give up on as maybe he just doesn’t like right handed tracks whilst who ran a great race but probably bumped into one and as such going up 1lb isn’t harsh despite his age.

Which horse do I hope can win DESPITE the conditions? Which horse could be well handicapped and deserves one chance today?

A Pertemps Final Horse, a reply that caught my eye, a couple who be aimed at Sandown and one that I am really keen to see dropped back into handicap company for the Grand Annual at the Cheltenham Festival

Sign up for a Free membership today and let Liam know your username and he’ll upgrade your account to Premium for Monday – Wednesday!