On Saturday 17th November 2018 we had 16 TOP RATED winners including Darlyn at 7.40 BFSP and Premier Rose at 7.15 BFSP both at Uttoxeter.

First Assignment was another TOP RATED winner, this one coming at Cheltenham for Ian Williams and has since been raised 13lb for this win.

We also had 2 reverse forecasts at Cheltenham including in the feature BetVictor Gold Cup with RTR 2 Baron Alco holding off Top Rated Frodon for a reverse forecast worth an impressive £122.69

December is fast approaching and now is a great time to get signed up. We’ve had a look at December and found the trainers that statistically do well historically during the December and January months!

The Flat season may be over however the ALL-WEATHER Flat season is getting into full swing and it’s hugely significant that John Gosden has in the last 4 years had 33 TOP RATED runners of which 14 have won at a strike rate of 42.42%

Tom George is another trainer who in the last 4 years has had a successful record with TOP RATED runners. 9 winners from his last 22 have seen his horses make a profit if blindly backed to BFSP of 13.51 points.

Sue Smith TOP RATED runners over the next couple of months are also worth keeping an eye out for. In the last 4 years she has had 48 TOP RATED runners with 19 of these winning at a strike rate of 39.58%. Backing these blind would have made a profit of 23.17 points for an ROI of 49.22% 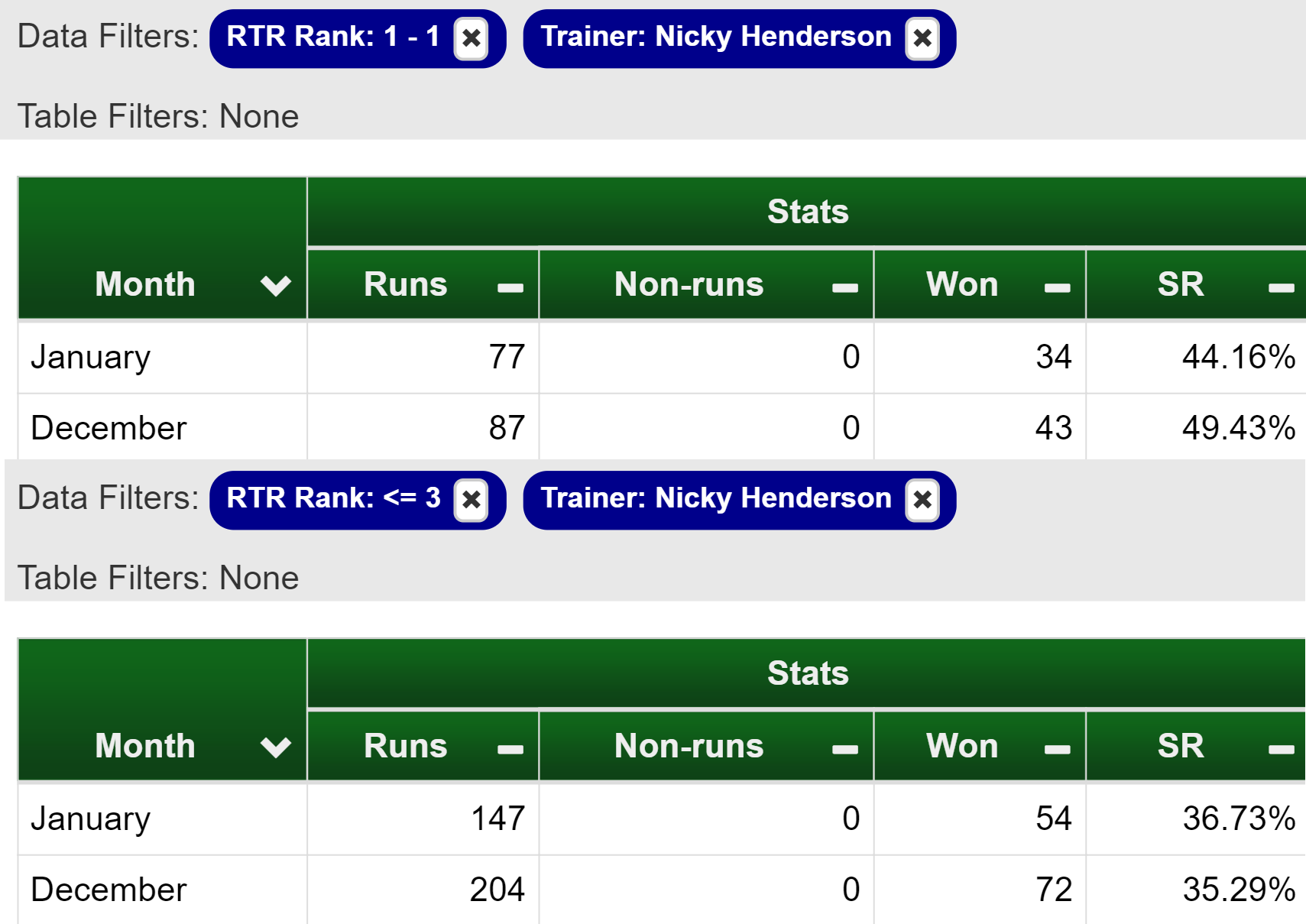 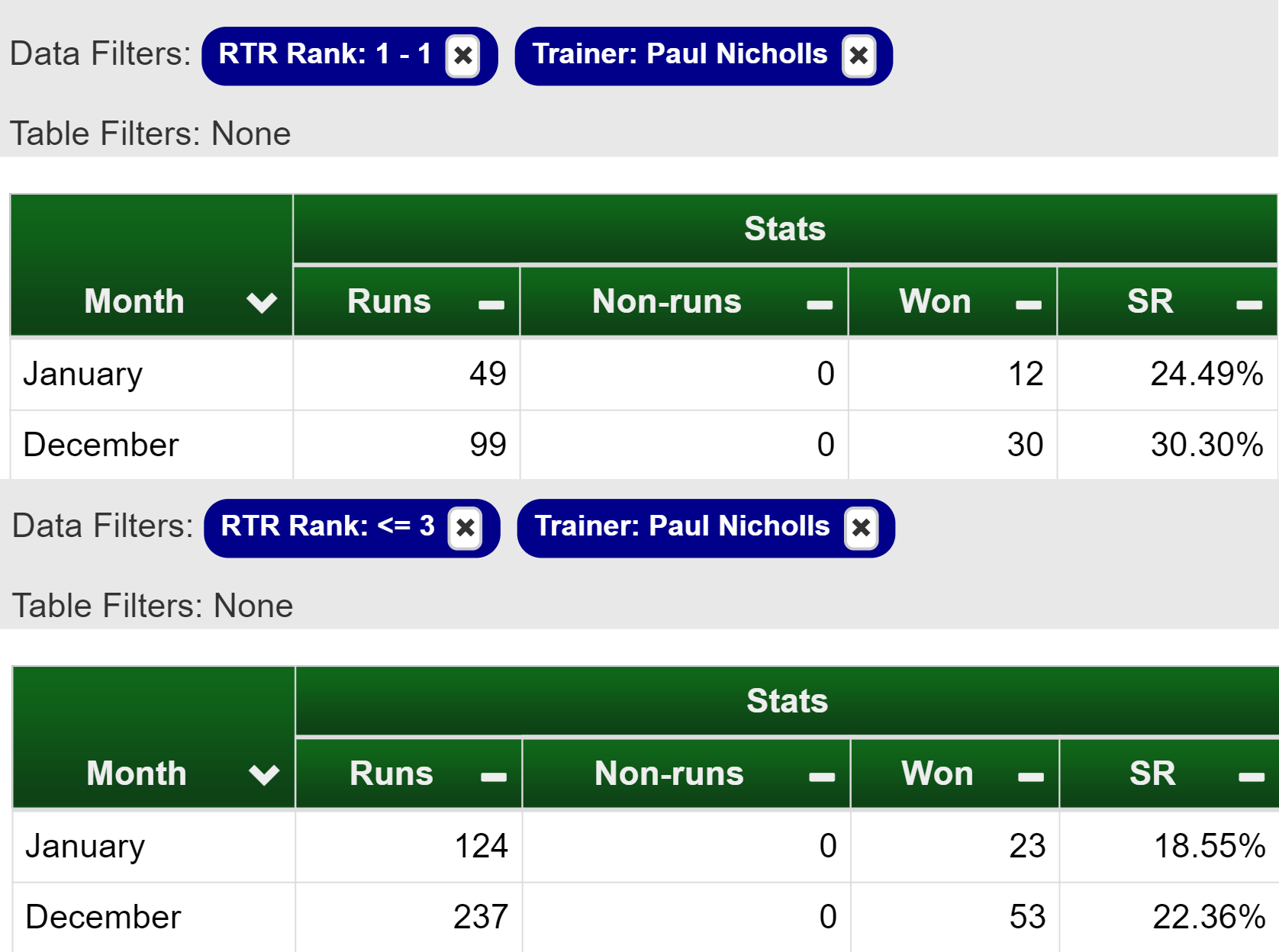 This feels hugely significant and Paul Nicholls may well be giving his National Hunt horses a mid-season break. Professional Members can use the ProStats to find these trends and angles and know when Paul Nicholls TOP RATED and TOP 3 Rated horses really come into their own!

You can find out more about ProStats here: Understanding ProStats