We are delighted to announce that @NewburyRacing will be sponsoring the NAP Competition!

Thank you very much to Newbury Racecourse (Thanks Emma!) for sponsoring the NAP Competition!

Newbury Racecourse is a fantastic racecourse and is host to some of biggest races throughout the calendar year from the Ladbrokes Trophy Chase in November/December, Betfair Hurdle and Denman Chase in February to the Al Shaqab Lockinge Day with Ladies Day and Weatherbys Super Sprint in May and July respectively.

In the National Hunt Sphere, Liam thinks that Newbury form works out really well at Cheltenham and winners at Newbury very often go on to the best of the best!

We are delighted to announce that you can win tickets to Dubai Duty Free Spring Trials day on Friday & Saturday!

Lah Ti Dar went on to finish 2nd in the St Leger and 3rd in the Qipco British Champions Fillies & Mares Stakes.

Raymond Tusk finished 2nd in a Group 2 and 6th in the St Leger.

Also at Newbury last year we saw Advertise make a winning debut in a Maiden. Advertise has since won a Group 2 and the Group 1 Keeneland Phoenix Stakes at Curragh as well as finishing 2nd in Group 2 and Group 1 races. His form of 12112 is very impressive.

Another big name to grace the turf at Newbury back in 2018 was Sea of Class who won both the Haras De Bouquetot Fillies Trial Stakes and Johnnie Lewis Memorial British EBF Stakes before winning 2 Group 1 races at Curragh and York and then finishing and neck behind Enable in the Prix De L’Arc De Triomphe!

It really is a course worth going to as you are likely to see a subsequent star running in a maiden! 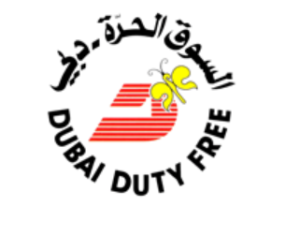 How do I win tickets?

2 Winners will be drawn at Random from those who play 4+ days in Week 17th- 30th March!

We thoroughly recommend going to these exciting couple of days if you do not win tickets!

There are plenty of subsequent meetings as well worth attending including the Al Shaqab Lockinge Day!

What prizes are available from Newbury Racecourse?

How do I enter the NAP Competition and how much does it cost?

If you are unsure how to enter then get in touch via the Live Chat!