Skip to content
3 Out Of 4 Grand National’s predicted by a Statistical Algorithm!

3 Out Of 4 Grand National’s predicted by a Statistical Algorithm!

Not just any old algorithm, it was the RatingTheRaces ratings algorithm!!!

So how on earth does an algorithm, achieve this? Well, as many of you know statistics can be used to predict a lot of things, and in horse racing we can generate A LOT of statistics. Fun fact – did you know the human brain can only consider a maximum of 4 parameters. I know. Stunned. Me too. We all feel smarter than that, but apparently, we simply are not. However, whilst an algorithm does have limitations in terms of numbers of parameters, it is far, far greater than 4. Even a mobile phone these days has enough computing power to handle hundreds of parameters. Imagine only being able to take into account, Trainer, Jockey, Distance & Horse… if we add a 5th parameter it will make no significant increase in our accuracy to predict a race outcome.

OK enough of the data science! On to the racing!

Pssst make sure you continue reading to find out why you should take notice of the National Hunt racing this summer.

This was the first time Willie Mullins had won the Irish Grand National and not only did he win the race but he also had the 1-2-3 in the race. Very impressive from Willie Mullins but not a huge surprise from us at RatingTheRaces.

Burrows Saint was TOP RATED whilst his 2nd and 3rd were also in the Top 6 of the ratings!

As well as having the Irish Grand National winner as TOP RATED this season, we also had Tiger Roll TOP RATED when he won the Aintree Grand National for the 2nd consecutive year. This was a fantastic achievement and once again shows how accurate our ratings are. Despite 39 other rivals and a 4m2f trip and having NOT run over fences this season, our ratings still had Tiger Roll TOP RATED.

Back on December 27th we also had Elegant Escape TOP RATED when he won the Welsh National for Colin Tizzard. He’s not won since and hasn’t been TOP RATED since either……coincidence? We think not!

A Welsh, English and Irish National TOP RATED treble this season and demonstrates how all the nationals are becoming less about ‘plotting’ a horse and how our ratings can accurately predict the outcomes of some of the biggest races of the season!

One of our best last season on the Flat was TOP RATED Royal Line winning the November Handicap for John Gosden and Rab Havlin!

National Hunt Racing in the Summer! 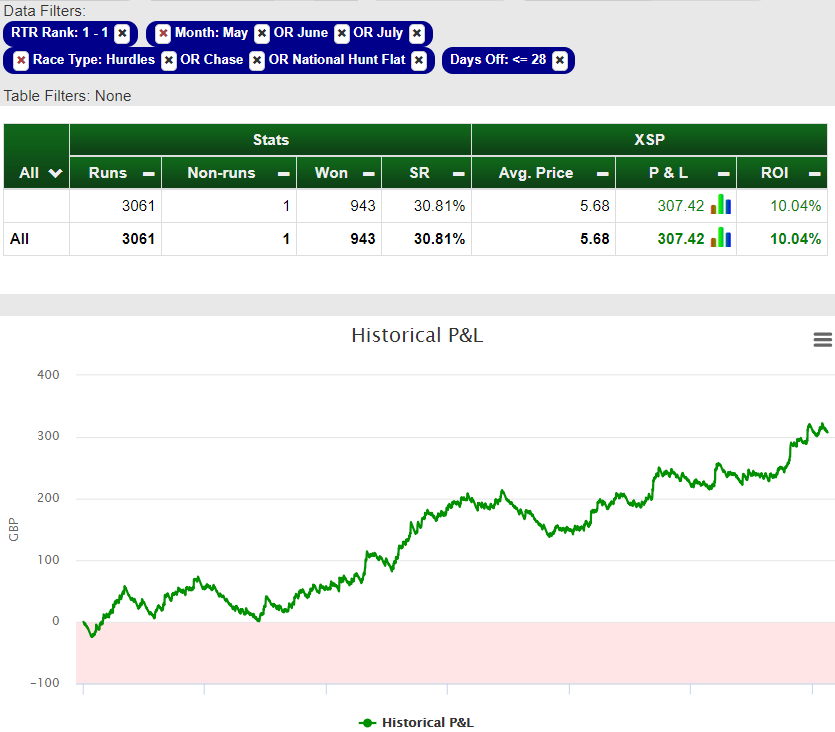 That’s a fantastic 307.42 points profit backing TOP RATED in National Hunt Races between May and July who have had 28 days or less since their last run! It’s as simple as that! 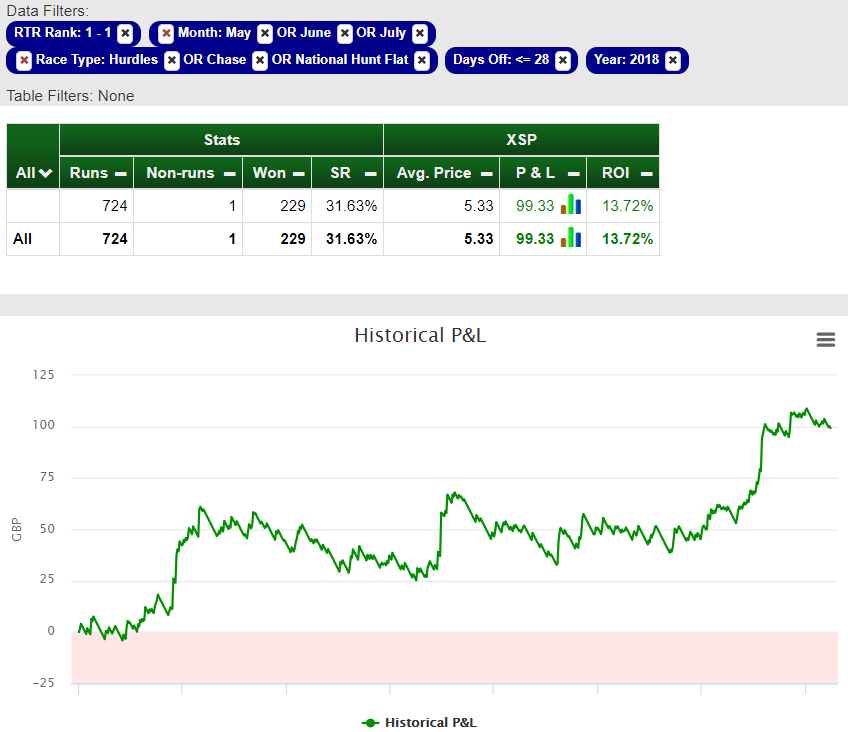 Get signed up and join the best ratings service around and find more profitable systems like this!